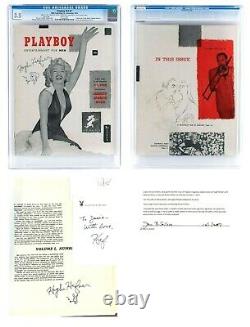 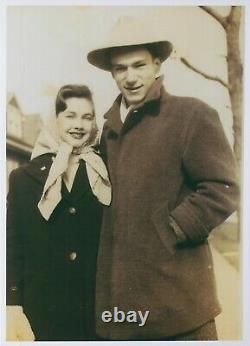 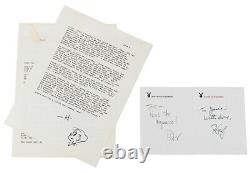 Playboy #1, HMH Publishing Co. December 1953 (CGC 3.5), featuring Marilyn Monroe on the front cover, which is signed in black felt tip, Hugh Hefner, who adds a small self-portrait Goo Heffer profile sketch; Hefner has also added his signature and a sketch (a pipe-smoking bunny) on the inside to page three.

Encapsulated and graded by CGC, which uniquely states that the magazine derives From the Collection of Jane Sellers. The CGC grading also indicates that this issue is an exceedingly rare Page 3 Copy, White Pages, which means that page 3 of this edition is numbered and that it features pristine interior page color; its estimated that a mere 5% of the existing No. 1 issues of Playboy are of this Page 3 variant.

The Playboy includes an ANS from Hefner, To Janiewith love, Hef, penned in black felt tip on a sheet of his personal Playboy stationery, as well as a note from Hefners assistant Peter Glassberg. We can safely surmise that this Page 3 Copy Playboy, Issue No.

1, is unquestionably the only one of its kind to feature two Hefner signatures and two original sketches, one being his ultra rare Goo Heffer self-portrait. The Playboy is accompanied by a signed 2017 letter of provenance from Sellers, who affirms: I, Jane Borson Sellers, have given this first issue of Playboy magazine, signed twice by Hugh Hefner with small cartoons, to my son... I was a high school classmate and lifelong friend of Hefs.

I received the issue from Eldon. I mailed it to Hef about ten years ago for a signature. He signed the cover as well as page 3.

He included a small cartoon in both places. He also included a small personal note written on a sheet of Playboy notepad. The significance of the CGC #1 Playboy cannot be overstated. The issues original owner, Eldon Sellers, a close friend of Hefner who helped find investors for the nascent HMH Publishing Corporation, came up with the magazines now iconic name, Playboy, after the magazines original moniker of Stag Party was opposed by the publisher of a men's adventure magazine called Stag. In a generous showing of good will, Eldon gifted the magazine to his ex-wife, Sellers, who then forwarded it to her old friend for an autograph.

If you have any questions, send them my way. Thanks for your time and interest. The item "WORLD'S ONLY PLAYBOY MAGAZINE WITH 2 HUGH HEFNER AUTOGRAPH & 2 HH CARTOONS CGC" is in sale since Friday, February 5, 2021. This item is in the category "Books\Magazines". The seller is "roberts5928" and is located in Babylon, New York.