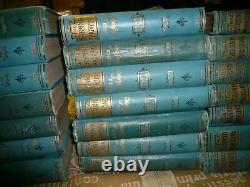 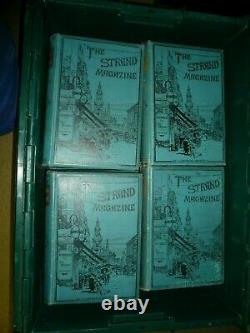 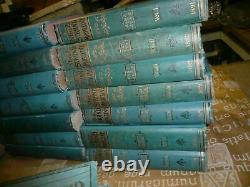 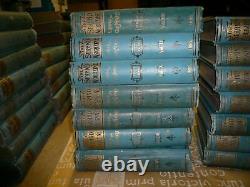 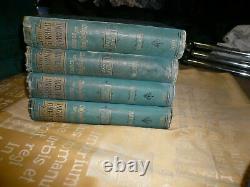 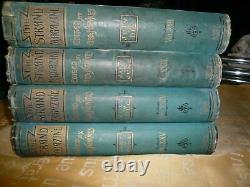 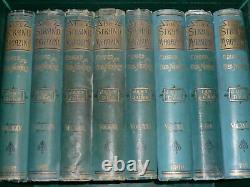 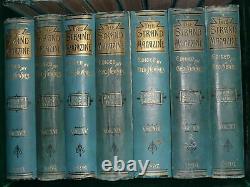 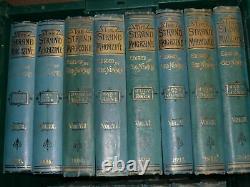 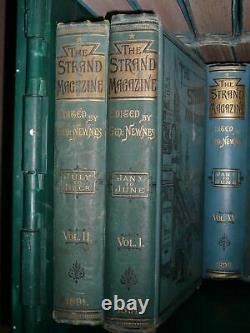 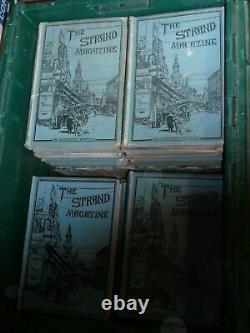 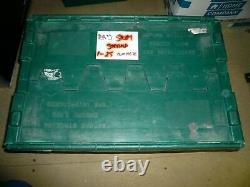 Includes dozens of Conan Doyle Sherlock Holmes. First published by George Newnes in the Strand. Jan 1891 to June 1903. Volumes I-XXV of this popular Victorian periodical. Overall Condition: Very Good Indeed. These books weigh approx 40 KG when packed. In their lovely original bindings with gilt stamping to the spines. The Strand Magazine was a monthly magazine founded by George Newnes. The work was an interesting mix of fictional tales as well as articles of general interest.

Comprising of numerous Sherlock Holmes adventures. These volumes contain all the Sherlock Holmes Adventures until the character's initial death in the 1893 volume with the tale'The Final Problem'. Following this, there was an eight-year hiatus of Holmes tales, until due to public pressure Conan Doyle released The Hound of The Baskervilles which can be found in the 1901 and 1902 volumes of this work. The Hound of the Baskervilles is set before Holmes' death.

The item "Sherlock Holmes 25 1st edition vols The Strand Magazine Conan Doyle 1891-1903" is in sale since Tuesday, November 2, 2021. This item is in the category "Books, Comics & Magazines\Antiquarian & Collectable". The seller is "ukfilmcompany" and is located in Bexleyheath. This item can be shipped worldwide.