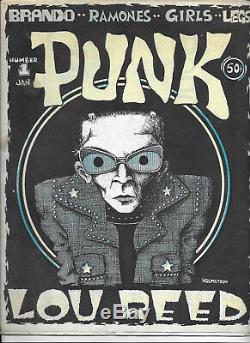 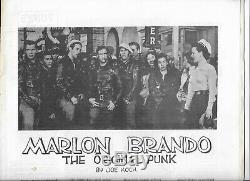 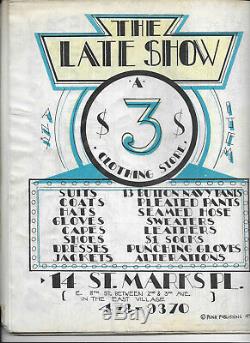 This is the Issue that started it all featuring Holmstrom's cartoon vision of Lou Reed on the cover. Marlon Brando - The Original Punk - by Joe Koch.

Metal Machine Music - A Review - by Roger Frechette. Cars and Girls - Legs on the Prowl! - by the Punk Stuff. Joe - The Cartoon Punk Gets Shit From Shit - by John Holmstrom.

Punk Contest Quiz - Take My Quiz, Please - by the Punk Stuff. Do It Yourself 60s Protest Song - by Robert Romagnoli. The item "PUNK MAGAZINE #1 1976 LOU REED 1st Edition Punk Magazine" is in sale since Saturday, August 31, 2019. This item is in the category "Entertainment Memorabilia\Music Memorabilia\Rock & Pop\Artists R\Ramones". The seller is "roderigger" and is located in San Francisco, California.