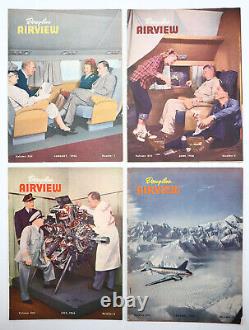 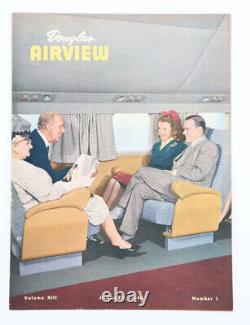 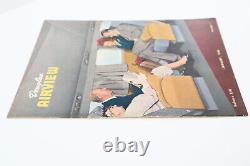 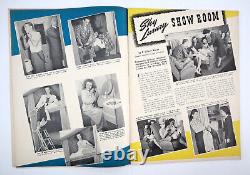 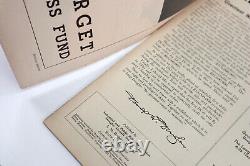 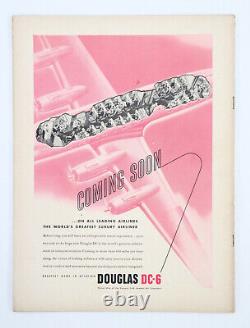 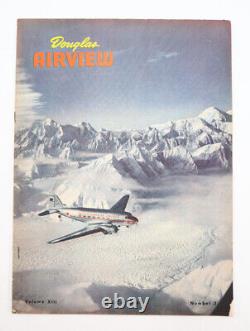 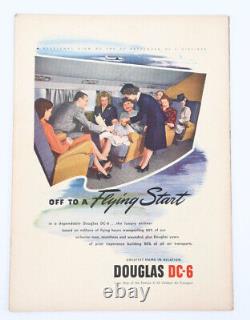 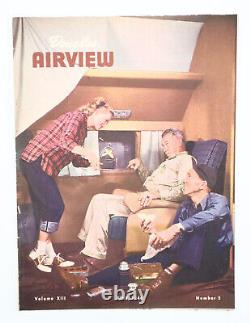 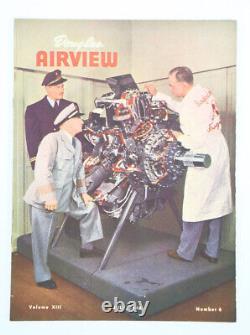 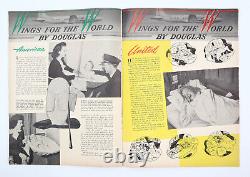 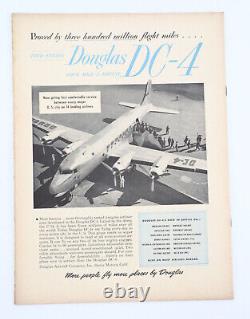 This was an in-house magazine from Douglas Aircraft company, not distributed on national newsstands, so it is considered scarce. This magazine featured Marilyn Monroe's first magazine cover.

She appears on the color cover and also appears on Four more photos inside. Generally considered to be Marilyn Monroe's first Cover appearance in a magazine and her first paid endorsement. Photo session shot in Santa Monica in 1945 in the DC-6 interior.

Marilyn shows her in a sleeping berth in a nightgown. This magazines cover is separated half way up shown in the photos. Everything else on the magazine is in excellent condition. MARILYN MONROE in her first magazine advertisement (preceding the April 1946 issue of Family Circle) her name was still Norma Jeane.

Complete March 1946 issue of Douglas Airview magazine, volume XIII No. The back cover has a photo of a very young Norma Jeane as a passenger on a DC-6 plane. This magazine is in excellent condition. Some say this is her second cover, some say it isn't her.

I don't know so its included. THIS IS A PREVIOUSLY UNDISCOVERED (OR UNDOCUMENTED) EARLY PUBLISHED PHOTO OF THE LATE MARILYN MONROE featuring an article about the DC-6 "United Sleeper Planes" in which Marilyn Monroe appears in the bed of the Sleeper compartment of the DC-6. Any additional questions please feel free to ask. These where found at a estate sale by a man who worked in the factory at Douglas. This item is in the category "Books & Magazines\Magazines". The seller is "shopcreativeboutiquco" and is located in this country: US. This item can be shipped to United States.