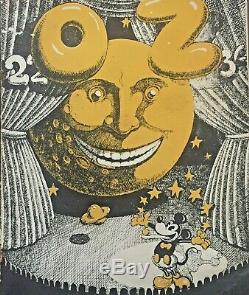 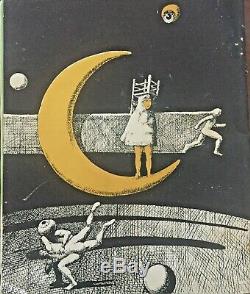 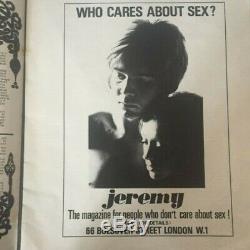 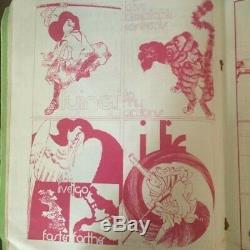 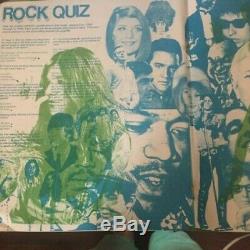 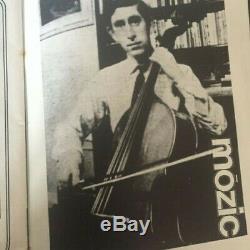 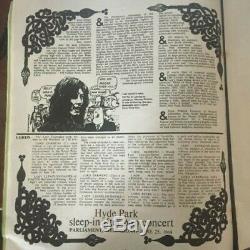 Full page ad for Jeremy: the magazine for people who dont care about sex! Loaded by Bob Pritchard & poems by Alan Bold and Pete Brown. Ad for an eveing with Steve Dwoskin.

Exploding Hendrix & Plant a Flower Child posters free with OZ subscription ad. The Great Hippie Hoax 7p of hippie horror stories and reprints including a book which allegedly advises that hippies should be sent to concentration camps. Drugs is a 5 Letter Word by a Sunday Times reporter critique of the mindless coverage of drugs by mass media. Television the Bankrupt Medium - Oz TV supplement. The Tired Producers Notes for His Testament by David Sharp a tired producer.

The Cultural Luddites by Tom Nairn. Visual Wank by Ian Stocks. Video Now by John Hopkins. Ads for Time Out and Some Of IT. Mozic: full page photo of Prince Charles playing the cello.

First published in Australia in 1963, a second version appeared in UK from 1967 and is better known. The original Australian OZ took the form of a satirical magazine published between 1963 and 1969, while the British incarnation was a "psychedelic hippy" magazine which appeared from 1967 to 1973. Strongly identified as part of underground press, it was the subject of two celebrated Obscenity trials, one in Australia in 1964 and the other in UK in 1971.

On both occasions the magazine's editors were acquitted after initially being found guilty and sentenced to harsh jail terms. An earlier 1963 obscenity charge was dealt with expeditiously when, upon the advice of a solicitor, the three editors pleaded guilty. Some illustrations by Martin Sharp. The item "LONDON OZ MAGAZINE OZ NO. 22 MICKEY MOUSE SMILING MOON" is in sale since Saturday, October 5, 2019. This item is in the category "Books, Magazines\Magazines".

The seller is "random12302" and is located in Gold Coast. This item can be shipped worldwide.