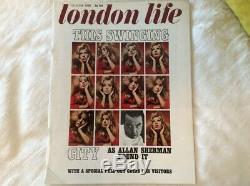 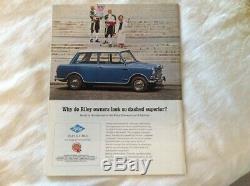 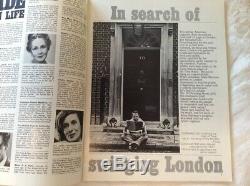 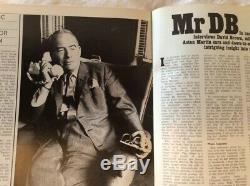 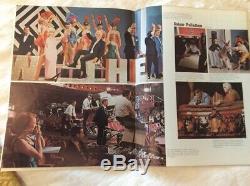 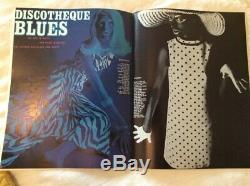 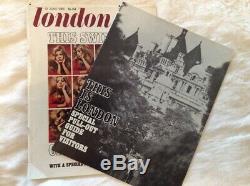 A very rare and beautifully preserved copy of London Life Magazine. London Life was put together by a dream team of the top editorial talent of the day including Brian Duffy, Terence Donovan, Gerald Scarfe, David Puttnam as managing editor and a young jobbing illustrator called Ian Dury (yes, that one). This issue features articles on.

WITH A SPECIAL PULL OUT GUIDE FOR VISITORS. London is a swinging city they all say... David Brown is the millionaire maker of exotic Aston martin Cars and down to earth tractors. A rare interview with him. Discotheque Blues - Fashion with a difference.

White elephants or good investments.. Can we beat the Russians again... First pictures of the Palladium on colout TV.

London Lifes comprehensive guide to whats going on in the world of entertainment. A descriptive article published by the BBC 50 years after the founding of the magazine is below. The short life and swinging times of London Life Magazine. In 1965, a magazine called London Life burst on to the scene and burned brightly for the briefest of moments. The magazine rose from the ashes of Tatler, which had been a flagship for six decades but by 1965 was considered stiff, starched and passe.

The briefest flick through any one of these magazines is an invitation to enter a world so quintessentially "60s" it would be cliched if it were not so cool. The magazine's editor was Mark Boxer, cartoonist, social commentator and founding editor of the Sunday Times magazine, with a young man called David Puttnam as managing editor. Photographic contributions came from Terence Donovan, Ron Traeger and Brian Duffy, while Gerald Scarfe caricatured The Beatles in one issue and Bailey in another. The main fashion editor was Peggy Roche, who was hired from Elle magazine in Paris, and Shuna Harwood, who went on to become an acclaimed film costume designer, joined as assistant. Jean Shrimpton was an occasional guest fashion editor with her male counterpart, Terence Stamp, and a young artist by the name of Ian Dury drew a picture of Tony Bennett for one of the front covers.

The item "LONDON MEMORABILIA LONDON LIFE MAGAZINE 18TH JUNE 1966 EXTREMELY RARE" is in sale since Wednesday, August 14, 2019. This item is in the category "Books, Comics & Magazines\Magazines\Urban, Lifestyle & Fashion". The seller is "10alan888" and is located in ISLEWORTH.