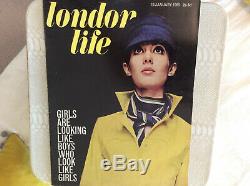 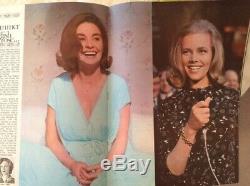 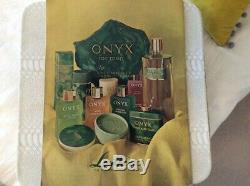 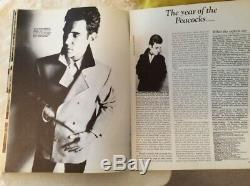 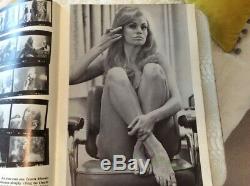 A very rare and beautifully preserved copy of London Life Magazine. London Life was put together by a dream team of the top editorial talent of the day including Brian Duffy, Terence Donovan, Gerald Scarfe, David Puttnam as managing editor and a young jobbing illustrator called Ian Dury (yes, that one).

This issue features articles on. GIRLS ARE LOOKING LIKE BOYS WHO LOOK LIKE GIRLS! The year of the Peacocks - that's 1966. For girls the colour is yellow ; for boys the choice is wide!

The man who is full of surprises.. Jean Simmons and Honor Blackman and talking about films Sally Ann Field has bought something for her home? Gerald Scarfe's Richard Burton!

22 year old Suzy Menkes at Cambridge University. London Lifes comprehensive guide to whats going on in the world of entertainment. A descriptive article published by the BBC 50 years after the founding of the magazine is below. The short life and swinging times of London Life Magazine. In 1965, a magazine called London Life burst on to the scene and burned brightly for the briefest of moments.

The magazine rose from the ashes of Tatler, which had been a flagship for six decades but by 1965 was considered stiff, starched and passe. The briefest flick through any one of these magazines is an invitation to enter a world so quintessentially "60s" it would be cliched if it were not so cool.