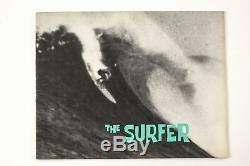 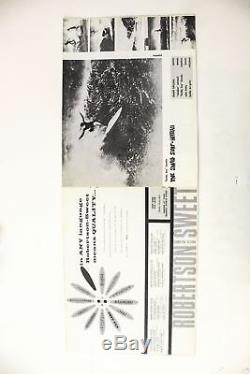 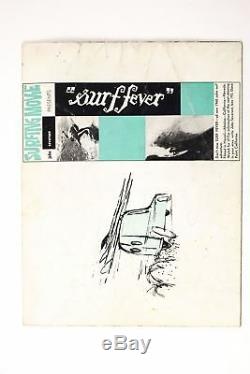 Over time, the publication grew and evolved in style and content, changing first into a quarterly magazine, and finally appearing bi-monthly and covering not only surfing but also international affairs, consciously addressing environmental, cultural, and political topics of the day. It was initially produced in a run of 10,000 and was later reprinted in 1973. Boo-Hooray is dedicated to the organization, stabilization, and preservation of the 20th and 21st century cultural movements, specializing in ephemera, photography, and book arts. We publish books, catalogs, artists' books and LPs, as well as stage exhibitions all over the world.

This listing was created by Bibliopolis. The item "John Severson / The Surfer, Issue 1 / First Edition Surf Photo Magazine 1960" is in sale since Tuesday, March 19, 2019. This item is in the category "Books\Magazines". The seller is "boo-hooray" and is located in New York, New York. This item can be shipped to North, South, or Latin America, all countries in Europe, all countries in continental Asia, Australia.