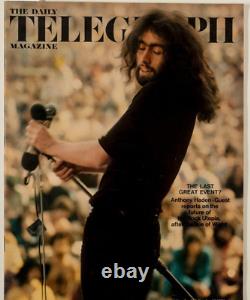 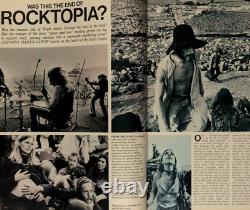 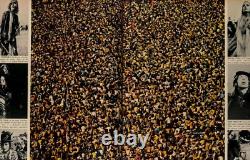 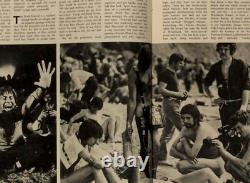 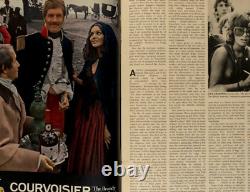 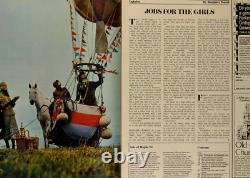 A rare and sought after 1970s' issue of The Daily Telegraph weekend magazine. Photos from the iconic Isle of Wight Music Festival shot exclusively for this magazine.

The cover photo is Paul Rodgers, the singer from the band Free, who played to a 600,000 audience at this outdoor fest. WAS THIS THE END OF ROCKTOPIA. Was the massive Isle of Wight Music Festival the last of its kind? Has the concept of the great "peace and love" meeting grown too big to support itself, turning, instead, into a mammoth marketing event?

Anthony Haden-Guest reports on the future of the Rock Utopia. Photographs were captured by ALEXANDER LOW and MICHAEL HARDY. Images of FREE live on stage, the late NIK TURNER of HAWKWIND, crowds and IOW gig-goers - with great fashion references! RICHARD BOOTH - deals in books in Hay, thousands of them - so many that he needs a castle, cinema and fire station to store them. Paul Savage talked to him.

Norman architecture by John Betjeman. This rare vintage issue of The Daily Telegraph Magazine was published as a supplement for just one day in the UK.

Some light tanning, it is over 50 years old... Staples secure and the magazine is complete.

The photographs you see are the actual magazine that you will receive, we don't use stock images. We are happy to combine orders and pass on the savings to you.

This item is in the category "Books, Comics & Magazines\Magazines".magazines" and is located in this country: GB. This item can be shipped worldwide.