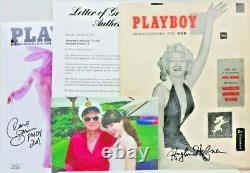 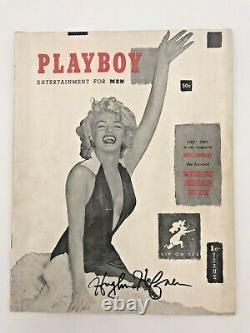 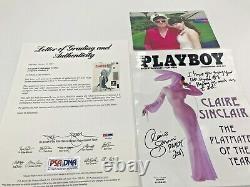 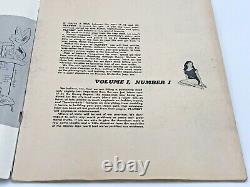 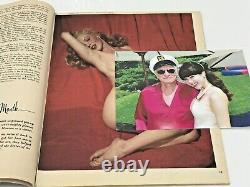 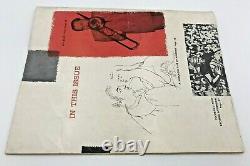 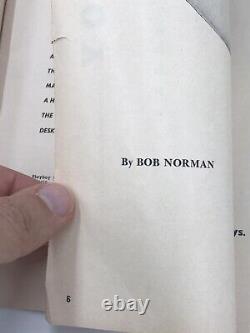 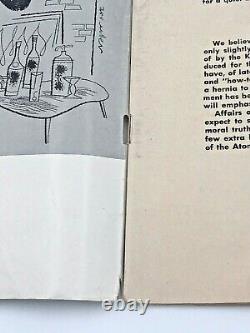 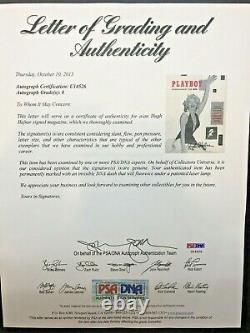 PLEASE Read the Entire Description Below for Important Information on Group of Offered Items. Hugh Hefner Signed December 1953 First Issue Playboy Magazine Marilyn Monroe (Signed for 2011 Playmate of the Year Claire Sinclair) (PSA/DNA). This incredible piece of Hollywood and entertainment memorabilia is the first issue of the first year of the iconic mens magazine, Playboy, signed by the publishing founder himself, Hugh Hefner. This issue came out in December 1953 and features arguably the sexiest starlet of all time, Marilyn Monroe, posing nude for the first time in any magazine at the height of her career. Unlike other offered copies of this iconic first-issue Playboy magazine, this item has extraordinary provenance!

Hugh Hefner signed this First Issue of Playboy Magazine in person for 2011 Playmate of the Year Claire Sinclair. The autograph has been authenticated and graded "8" by PSA/DNA, and the full PSA/DNA letter of grading and authenticity accompanies the magazine. The issue also is accompanied by a signed 8" x 10"photograph of Claire Sinclair with her testimonial inscription.

I hope you enjoy your Hef signed #1 Playboy as much as I did! , which has a Claire Sinclair authentication sticker in the bottom left corner.

Last but certainly not least, also included in this lot is a 5" x 7" photograph of Hefner and Sinclair. Hugh Hefner had remarked that Claire Sinclair's style reminded him of Bettie Page - a popular 1950s pinup model who was also Playboy Magazine's Miss January cover model in 1955. In August 2020, Sinclair reportedly began dating Marston Hefner, son of Hugh Hefner. After an alleged domestic violence incident in February 2012.

Marston Hefner was sentenced to a domestic violence program and the. Dating relationship between Sinclair and the younger Hefner ended. Ssue of the magazine is truly a must-have for collectors with its celebrity centerfold, historical status and strong provenance. The First Issue of Playboy had a print run that was limited to only about 54,000, and complete copies in nice condition have become highly sought-after. Far rarer, however, is to possess a First Issue Playboy with Hefners signature which is a highly pursued collectible that is becoming increasingly more valuable. As the ultimate Playboy investment-grade collectible, it is hard to get much better than this one! The magazine is in used condition but well preserved, with generally clean covers and largely intact binding with both staples and no large tears or signs of chipping on the front or back covers.

Throughout, there is some minor toning and slight bends/creases consistent with its 65+ years age. Two small staple holes appear throughout the magazine suggesting that it may have been stapled fully closed some amount of time. The inside pages of the magazine are of a little cream to off-white color, with no visible tears (but for a couple pages with the slightest of tears not more than 1/8 to 1/4) nor markings or writing of any kind. Minimal border wear, with the front cover separation from bottom staple of 1/2 at the staple only.

See pictures for viewing of the overall condition. More pictures are available upon request. This issue of the magazine is not the "Page 3 Copy" version i.

One in which page 3 is numbered nor has it been offered as of yet to CGC for grading. I listed with a "Best Offer" option. If you have a reasonable amount in mind, please send an offer.

Worst thing that could happen is for me to decline the offer. If I counter the offer, it means we are not far apart, so let's close work together to close the gap and make a deal. Although one of the most popular men's magazines in the world today, the first issue of Playboy barely made it to newsstands. Hugh Hefner, working in 1953 as a circulation manager for a children's magazine, was convinced that the market was ready for a new sophisticated men's magazine. Hefner would produce the first issue of his vision, titled Playboy, on his kitchen table, with the magazine premiering in December of 1953. The rest, as the saying goes, is history! The item "HUGH HEFNER Signed December MARILYN MONROE Playboy Gifted to 2011 POY (PSA)" is in sale since Thursday, August 13, 2020. This item is in the category "Books\Magazines". The seller is "bill2001nyc" and is located in Las Vegas, Nevada.