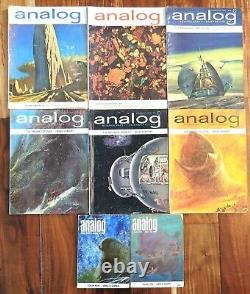 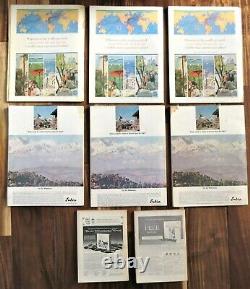 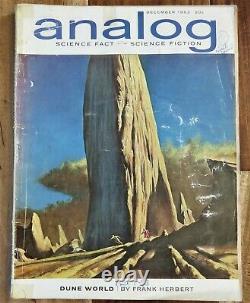 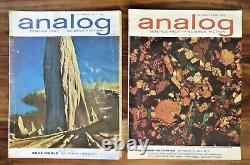 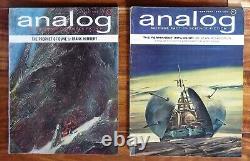 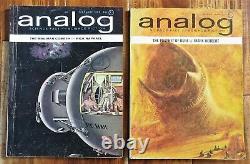 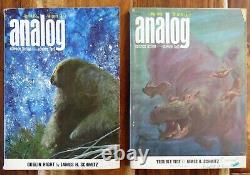 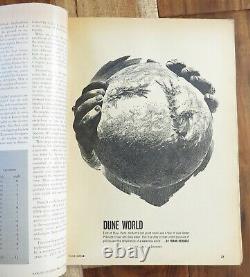 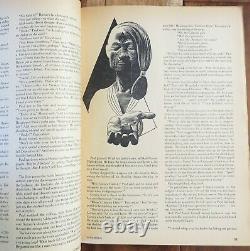 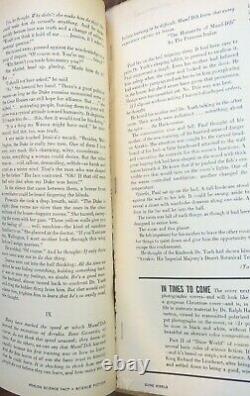 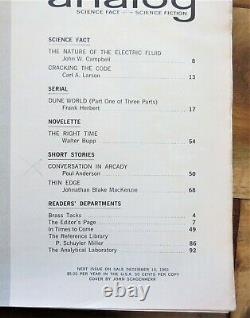 FIRST APPEARANCE OF DUNE, preceding the first book edition. Much of Herberts opus originally appeared in Analog , edited by the legendary John W. Despite Campbells seal of approval, Dune longer and far more ambitious than most science fiction of the timewas turned down by some twenty publishers. It is just possible that we may be making the mistake of the decade in declining Dune by Frank Herbert,' wrote Julian P. Muller, of Harcourt, Brace & World, in a typical response.

In the end, an editor at Chilton, known for its line of car-repair manuals, offered to publish it after reading the serialized chapters (The New Yorker). Published to almost immediate critical acclaim, Dune won the two most prestigious science fiction awards, the Nebula Award from the Science Fiction Writers of America in 1965 and the Hugo Award from the World Science Fiction Convention in 1966 (American National Biography). "Dune World" and "The Prophet of Dune" were combined to form the first book edition, published in August of 1965. The first appearance of "Dune" in print, beginning with "Dune World" (December 1963 - February 1964) then "The Prophet of Dune" (January - May 1965). All have average wear from reading/storage.

Some tape reinforcement on some spines - see details below. 1963 - Dune World Part 1 - Fair condition. Tape at spine and a top edge; some creasing and rubbing on cover and some pen writing. A section including the last page of Dune looks like it was detached at some point, restapled together and inserted and glued into spine (coming away from spine now a little - but still mostly glued solidly into spine) Also, there is some pencil writing at top of the last page of Dune. 1964 - Dune World Part II - Very good.

The number 15 with circle written in black colored pencil. March 1965 - Prophet of Dune Part III - Very good. There is a chip at top of back cover.