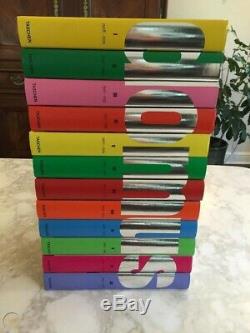 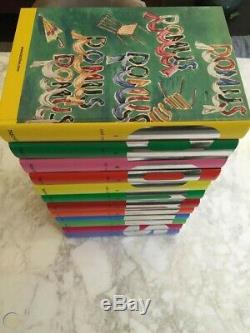 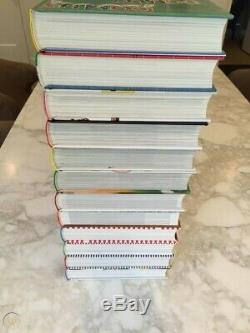 1-12 (Complete) Mid Century Modern 50s Design. This twelve-volume reprint features selected highlights from the years 1928 to 1999. Reproducing the pages as they originally appeared and featuring articles that bring to light the incredible history of modern design and architecture. Thoroughly indexed, allowing the reader easy access to key articles, many of which have been translated into English for the first time.

What began as a humble comic book shop in Cologne, Germany, Taschen today is an internationally renowned publisher of art books, producing volumes covering subjects ranging from ancient art to contemporary photography and everything in between. Founded by Benedikt Taschen in 1980, Taschen was first known for presenting new and avant-garde comics, but in 1984 the publisher diversified its offerings to include artist monographs as well as the first titles produced under Taschens own imprint. The following year, in 1985, Taschens first original publication, Picasso, was produced; it was ultimately translated into 25 languages and is still in print today. In 1999, the company produced its first Sumo book, which Vanity Fair described as the biggest bound volume produced in the 20th century: 460 pages, measuring two and a half feet tall by one and a half feet wide. The book ­ as well as subsequent books in the Sumo imprint came with its own stand, making it as much an art object as the work it reproduced inside.

Taschen has become synonymous with exquisite and rigorous art publishing, and continues to offer books on an array of art- and architecture-related subjects both through its distribution partners as well as its stand-alone stores which can be found worldwide. 81.6 lbs total combined weight. The item "Domus Magazine 1928-1999. 1-12 (Complete) Mid Century Modern 50s 60s Design" is in sale since Wednesday, May 13, 2020. This item is in the category "Books\Antiquarian & Collectible".

The seller is "skystays32" and is located in Sonoma, California. This item can be shipped worldwide.