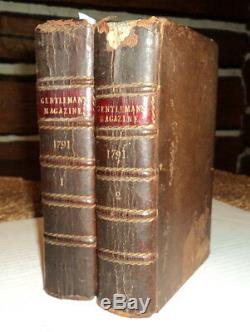 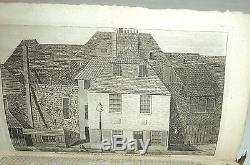 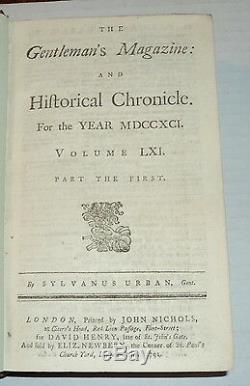 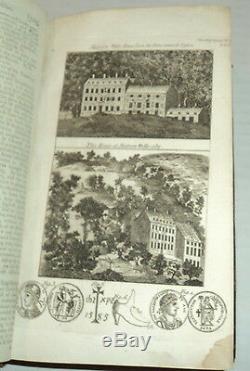 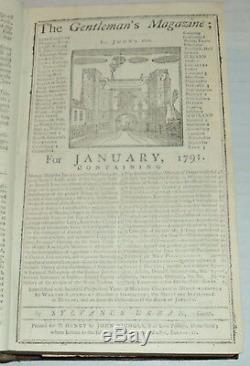 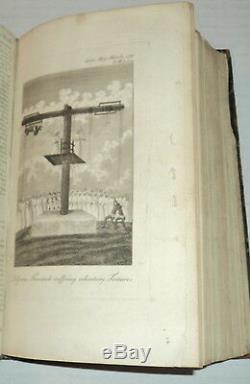 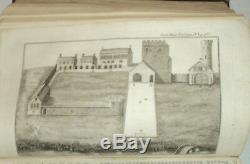 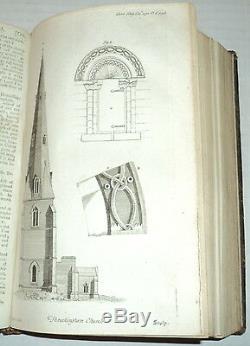 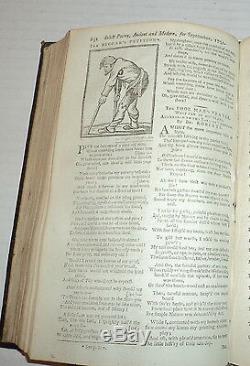 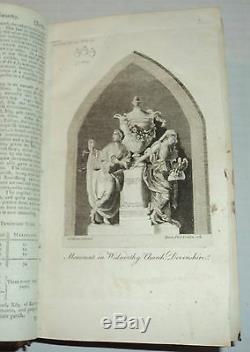 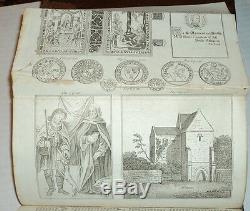 To commerce we owe our glory, let us respect and honour the name; but a traffick in human blood profanes that name; it is a libel upon the character of Commerce, and a blot in that of every nation by which it is exercised. THE GENTLEMAN'S MAGAZINE: AND HISTORICAL CHRONICLE.

Octavo, 8-3/4 inches high by 5-1/4 inches wide. Two volumes bound in contemporary brown calf with gilt-titled red leather labels between raised bands on the spines. The covers are rubbed and scuffed and the corners and head and tail of the spines are bumped and worn.

The leather is splitting along the top of the first volume's rear joint. The head of the spines are chipped and there is a piece out from the head of the second volume's spine. The pagination of the first volume is as follows, pp. [i]-iv, [5]-288, [297]-592 plus a 16 page index (pages 289-296 are skipped in the numbering, as issued, but the text is complete). The second volume's pagination is as follows: Title, pp.

592-1,242, including the supplement, plus a 16 page index. The set is illustrated with a total of 39 plates, including one folding, and a few woodcuts including title vignettes and the mastheads depicting St. John's Gate adorning the title page of each issue.

The pages are lightly toned and there is offsetting to the endpapers and pastedowns. There are occasional minor stains and a few page corners are creased.

There is slight damage to the top of the foreedge of the first volume and a couple of tiny holes to the front margin of one plate. Founded in 1731, "The Gentleman's Magazine" was the first periodical to use the word "magazine", from the French word for storehouse, in its title.

The 39 plates illustrating these volumes include an engraving of the S. View of Marsden Church; an engraving of a Gentoo Fanatick suffering Voluntary Torture; the New Bridge at Derry; the Place House in Horton; a View of Burghope House; a View of Clifton near Bristol; a View of the Ruins of Clomines; and a View of Bristol.

The content of this iconic periodical includes extracts of letters of Governor Phillip to Lord Sydney (page 271 of the March issue), written from Botany Bay, Australia, discussing the potential of various locations along the branches of the rivers for settlement. The obituary of Charles Wesley, regarded as the father of Methodism, appears on page 282 of that same issue: From the exact method in which they disposed of each hour, they acquired the nick-name of Methodists, and are the only people who take to themselves a term first given in reproach. The ridicule and contempt which this singular conduct produced, John and Charles Wesley were well qualified to bear. " James Boswell's poem "Ode To Mr. Charles Dilly appears on page 367 of the April issue.

In the May 1, 2009 issue of the Journal of the Royal Society of Medicine, J. Barry Ferriss makes a case for Grose having suffered from Obstructive Sleep Apnoea Syndrome: Short as well as corpulent, he was said to be only five feet tall, while weighing 22 stone.... Robert Burns called him'a fine, fat, fodgel wight, o'stature short, but genius bright.

Grose's obituary is published on pages 492 through 494 of the May issue. A letter by Junius entitled "An Explanatory Address to the People of England on the late memorable Decision against the Abolition of the Slave Trade" (page 537 of the June issue) passionately speaks against the slave trade:... For, if there ever was a subject calculated to call forth the latent powers of the soul, to interest her affections, to colour the cheek with shame, or make us burn with indignation, it is the cause of the much-injured Africans. " A pair of Sonnets [number 92 and 97] by Anna Seward appear on page 564 of that same issue and, on page 569, under the heading of "Foreign Intelligence" is given an "Accurate Detail of the Polish Revolution.

Johnson's Letter to Earl of Chesterfield, penned by Johnson in February of 1755, appears on the verso of the title page to the second volume. A report on the Oxford Music Festival appears on page 669 of the July issue. A lengthy Letter on the Slave Trade from the Honourable Mr. Lately Member of Parliament for the County of Derby, to the Rev. Of Grosvenor-street" , printed on pages 707 through 713 of the August issue is probably authored by Daniel Parker Coke: "To commerce we owe our glory, let us respect and honour the name; but a traffick in human blood profanes that name; it is a libel upon the character of Commerce, and a blot in that of every nation by which it is exercised. " Two poems on page 852: "The Beggar's Petition" by Thomas Moss and "The Poor Man's Prayer, written in 1766, Addressed to the Earl of Chatham by Dr. Roberts are illustrated with a woodcut. John Wolcot's poem "The Magpie and Robin Red-Breast" , written under the pseudonym of Peter Pindar is published on page 950 of the October issue. The lengthy obituary of William Gibson, the extraordinary self-taught mathematician, is printed on pages 1,062 through 1,064 of the November issue. The "New Constitution of the Government of Poland, As established by the Revolution, May 3, 1791" appears on pages 1,193 though 1,196 of the Supplement followed by the new French Constitution, established Aug.

A wonderful 18th century periodical which provides insight into the intellectual culture of the period with its coverage of politics, current affairs and news, history and literature. All items are guaranteed authentic and as described. Be sure to add me to your favorites list.

Check out my other items. The item "COMPLETE YEAR 1791 THE GENTLEMAN'S MAGAZINE & HISTORICAL CHRONICLE ILLUSTRATED" is in sale since Tuesday, January 12, 2016. This item is in the category "Books\Antiquarian & Collectible". The seller is "siberiandogs" and is located in Cadyville, New York. This item can be shipped worldwide.