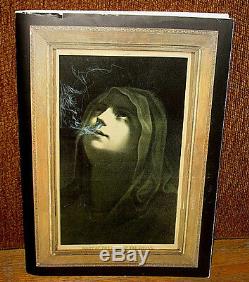 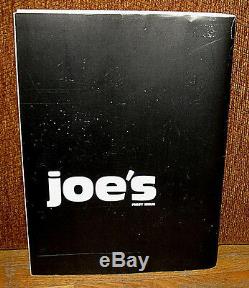 One of the most sought after fashion publications of the 1990s. 11.5 x 16 inches. Only two issues were ever produced of this lavish large format magazine edited and published by fashion stylist Joe McKenna. "Flick through any fashion publication from the mid-1990s, and its likely to feel about as relevant as an episode of "Sex and the City. But anyone lucky enough to get their hands on an issue of Joes magazine will have a hard time figuring out when it was published. At first glance, its oversize pages look undoubtedly contemporary there is a long interview with Miuccia Prada, and photo shoots by David Sims, Mario Sorrenti, Craig McDean and Steven Klein. Only after careful inspection is it apparent that the Bruce Weber images of nubile Kate Moss are pre-rehab; on another page, Naomi Campbell is gently holding a baby rather than clutching a Swarovski-encrusted BlackBerry... The first issue of Joes, the brainchild of the stylist Joe McKenna, was published in 1992, and the second in 1998. They have stood the test of time because, unlike the barrage of new magazines that have followed, Joes paid little attention to celebrities, and even less to advertiser demands. At the height of the supermodel era, McKenna gave his first cover to the most divine woman of all time the Virgin Mary, who was depicted looking upward and serenely exhaling a cloud of smoke, presumably from a heavenly roll-up. What publication today would include in its debut a feature on the early-70s model Wallis Franken (wearing, in one instance, only a couple of strategically placed Band-Aids), a tribute to the actor Dirk Bogarde, a lengthy piece on Tennessee Williams and a conversation with the painter Paul Cadmus? --Armand Limnander--No Ordinary Joe, NY Times, August 26, 2007. Light wear to the covers. Small creases and a tiny tear and chip to the top edge front cover. Spotting, scratches and scuff marks to the back cover. The item "Bruce Weber Joe's Magazine Joe McKenna FIRST Issue Joes Juergen Teller Fashion" is in sale since Friday, December 16, 2016. This item is in the category "Books\Antiquarian & Collectible". The seller is "hmxa15a" and is located in Island Park, New York. This item can be shipped worldwide.