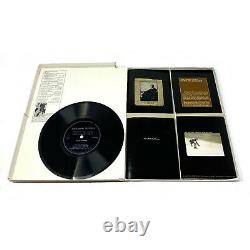 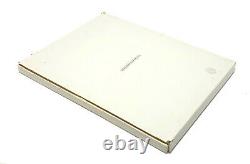 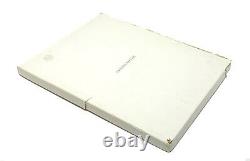 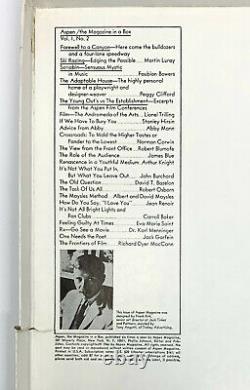 Aspen: The Magazine in a Box. The second issue of the innovative and shape-shifting magazine, described by publisher Phyllis Johnson as the first three-dimensional magazine.

Named after the town in which it was conceived, it was not intended to be a run-of-the-mill art magazine. It would instead be a "storehouse, " a multimedia magazine in a box that would house artist projects, writings, and objects, all of which demanded a new kind of readeran active participant. Each issue came in a customized box or folder filled with materials in a variety of formats, including booklets, flexidisk phonograph recordings, posters, postcards and reels of super-8 movie film. Furthermore, each issue had its own designer and editor, providing a wide degree of artistic originality.

It was published on an irregular schedule from 1965 to 1971 in a total run of ten issues. New York: Aspen Magazine, 1966. All items in near fine condition, with the exception of'Farewell to a Canyon' which is best described as very good due to a bump to the wraps.

Box shows some wear and associated loss, with a sticker removed from front. Contents are complete and include.

Based in Minneapolis, Minnesota, The Rare Book Sleuth is a rare and antiquarian book dealer specializing in modern first editions, signed copies and notable rarities. All books are guaranteed as described and returnable for any reason within 30 days. We do our best to accurately describe all our items, but occasionally we miss something. The item "Aspen The Magazine in a Box Vol 1 No 2. 1966" is in sale since Thursday, March 19, 2020.

This item is in the category "Books\Antiquarian & Collectible". The seller is "rarebooksleuth" and is located in Saint Paul, Minnesota. This item can be shipped worldwide.