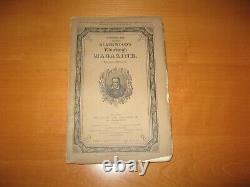 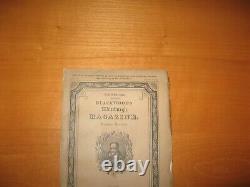 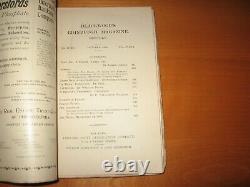 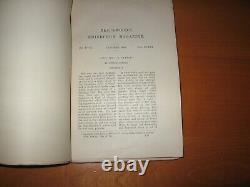 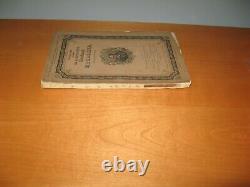 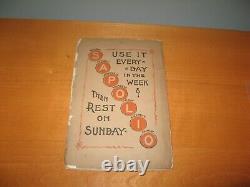 Here first printed, this is the extremely rare American issue, October 1899, of Blackwood's Edinburgh Magazine, that opens with the first serial installment (#1 of 14) of Joseph Conrad's classic novel, LORD JIM: A SKETCH. Chapters 1-4 of the novel are first presented here, which focus on Jim's early life. See photo #3 for the complete contents of this number. This first installment of Lord Jim , of course, includes the famous opening lines of the novel, one of Conrad's greatest achievements, and one of the most important narrative fictional works of the 20th Century, or, any other century.

See the first page of the novel in photo #4. Issued simultaneously with the Edinburgh published magazine, the American issue is even more rare than the Edinburgh issue as they were, no doubt, much less in number than those printed for the magazine's Scottish, English, and continental readers. See photo #2 which highlights in print at the top of the cover page: This is the Original Edition printed in Edinburgh and issued in America by Authority of the Publishers. I'd say from some years of experience, that there were probably not more than 250 copies of this original edition sent to the American publisher Leonard Scott.

When Scott received the Edinburgh sheets, he simply added his own American advertisement pages, and his own American covers, to each number he put out for sale. This is the only American October 1899 number of Blackwood's Magazine offering the novel that I've ever seen. The novel was first published in book form by Blackwood & Sons in Edinburgh with the title changed to Lord Jim: A Tale in early October 1900, and in New York, under the title Lord Jim: A Romance , by Doubleday, McClure on the last day of October 1900, more than a year after the appearance of this October 1899 number. This is a good copy. The paper wrappers have been neatly repaired and there are some chips to the cover wrappers.

Most all the paper is lacking on the spine. Otherwise, the full text of the issue is.

Clean, bright, and in very good condition. There is an index page, 12 pages of ads, and 145 pages of text, as numbered when printed in Scotland. I'm also including here one of the first reviews (1/2 column) of the novel in a complete issue (30 pages) of the London Athenaeum for 3 November 1900.

It opens with: Clever as Mr. Joseph Conrad's work has always been, he has written nothing so good as Lord Jim.

This item is in the category "Books & Magazines\Magazines". The seller is "casterbridgechicago" and is located in this country: US. This item can be shipped to United States.