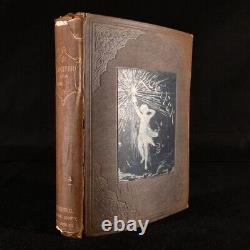 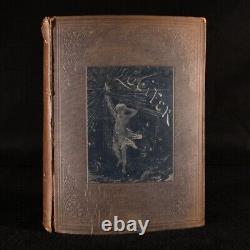 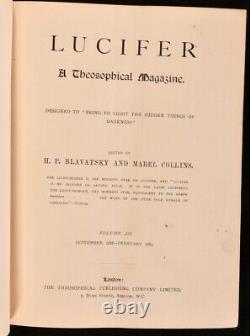 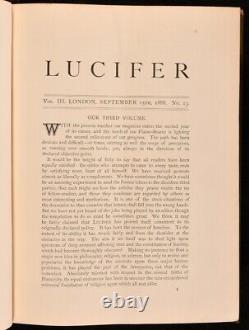 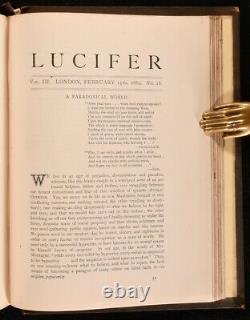 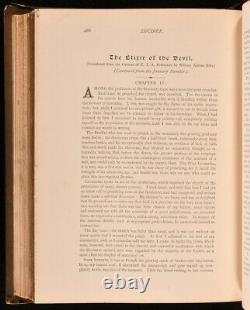 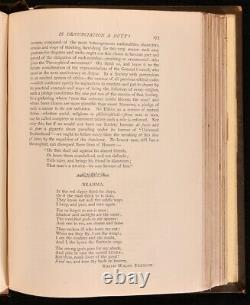 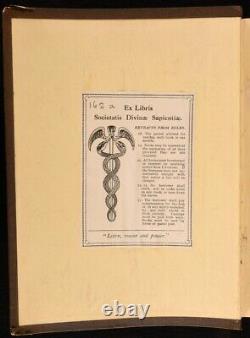 Containing six issues, running from Vol. 13, September 15th, 1888 to Vol. Part of the occultist stream of western esotericism, Theosophy was a religion established by Blavatsky in the United States in the late nineteenth century, drawing upon both older European philosophies such as Neoplatonism and Asian religions such as Hinduism and Buddhism.

With more than 2,800 articles published between the first issue in 1887, and final issue in 1897, this was an important and popular periodical of the period, controversially titled'Lucifer' -'light-bringer' - in reference to the desire to'bring to light the hidden things of darkness'. The journal was renamed'The Theosophical Review' in 1898. Present in these volumes is a chapter from E.

Hoffmann's'The Elixir of the Devil', a short story from Vera P. Jelihovsky titled'An Adventure in the Tower of London', and articles with titles including,'Is Theosophy a Religion? With the library bookplate of the Societas Divinae Sapientiae to the front pastedown, and no further library markings. In the publisher's original pictorial cloth binding. Bumping to back strip head and tail, with losses to cloth in this region. Front and rear joints starting, with boards holding firm. Library bookplate to front pastedown. Light spotting to first few leaves, with pages otherwise clean and bright. Fine - Very well preserved copy showing very little wear. Only one or two minor faults, really a very attractive copy. Quite a wide term meaning no major faults but probably several smaller ones. Often expected given the age of the book, but still a respectable copy. Some more serious faults as will. Be described in the condition report under'condition. Good Only - Meaning one or more faults that could really do with repair. As with good only above but with other faults. Leaving a compromised copy even after repair. Really bad and possibly seriously incomplete. We only sell books in this condition where their rarity or value makes them. Major defects will be described. Please ask for details and conditions. Please note we cannot accept USD cheques. This item is in the category "Books & Magazines\Antiquarian & Collectible". The seller is "the-mad-librarian" and is located in this country: GB. This item can be shipped to United States.