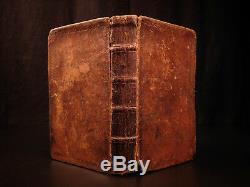 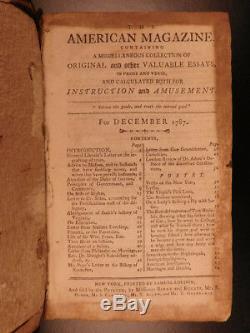 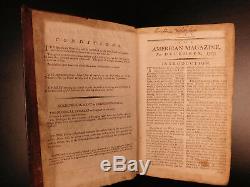 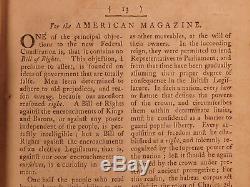 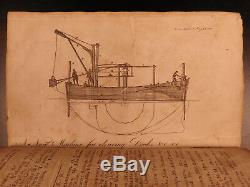 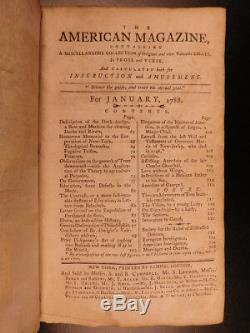 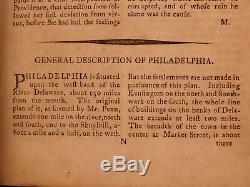 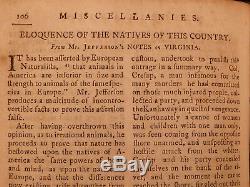 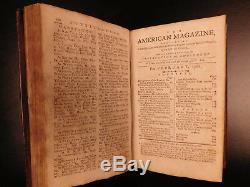 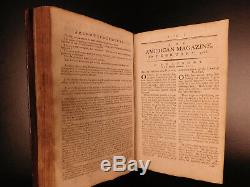 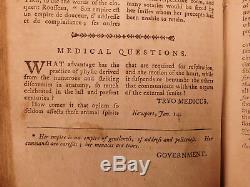 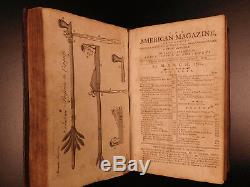 American Magazine Jefferson Constitution Federalist Slavery Indians 6v. Beginning in late 1787, Noah Webster , the famous American founding father, published a short-lived monthly periodical entitled The American Magazine. Webster employed the minds of several authors to write essays promoting education reform, cultural concerns, and national pride with the attempts of establishing a national magazine something that had not yet happened in America. This extremely rare first edition features the first six volumes of the American Magazine December 1787 through May 1788.

Notable essays and articles in these volumes include. Descriptions of major American cities. Reports on Native American language, Mingo Indians.

Extracts from Thomas Jefferson arguments of an unalterable constitution. Note that this entry is in the volume that was published the same month as the first ratification of the United States Constitution. Narratives of escapees of the Bastille in Paris. Description of the life and adventures of John Smith. Letters to and from the late Samuel Johnson, LL.

These volumes contain 2 impressive full-page engravings of inventions as well as one portraying Native American tobacco pipes! Containing a miscellaneous collection of original and other valuable essays, in prose and verse, and calculated both for instruction and amusement. Collation: 6 parts in 1. Lacking end papers of volume 6 otherwise complete. Binding: Leather; tight & secure.

7.75in X 5in (19.5cm x 12cm). The item "1787 1ed American Magazine Jefferson Constitution Federalist Slavery Indians 6v" is in sale since Friday, January 11, 2019. This item is in the category "Books\Antiquarian & Collectible". The seller is "schilb_antiquarian_books" and is located in Columbia, Missouri.