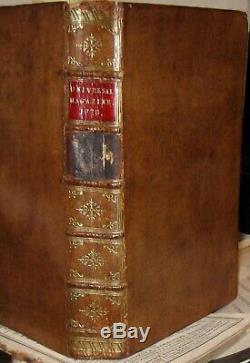 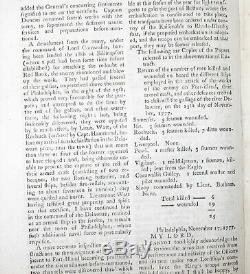 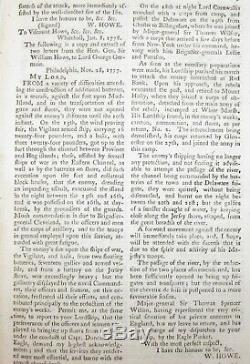 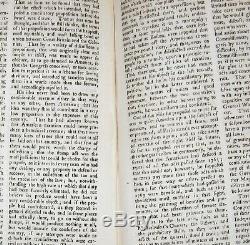 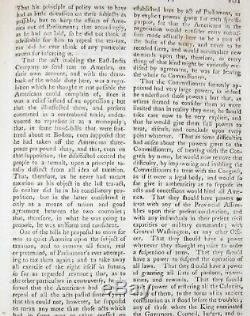 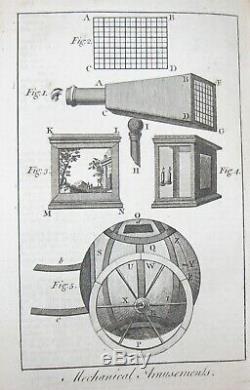 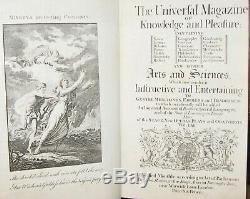 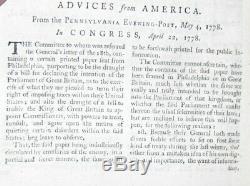 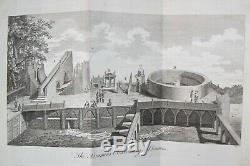 Congress, Philadelphia, New York, The Delaware, New Jersey, Boston. Edmund Burke, Taxation, Tea, Camera Obscura &c. As this extraordinary letter may be considered as the first declaration of American hostilities, it will be expedient to lay it before our readers in this place, with some other papers of the utmost importance, which originated from it. Province of the Massachusett's Bay. Original 1778 volume, rare and handsome, filled with Revolutionary War content, including much on ongoing battles in America, petitions from Americans, goings-on, artillery shot in the colonies, munitions, reports from Howe, just a great deal on the "Hostilities" with the American Colonies. A few terrific engravings as well - Camera Obscura, & Astronomy Observatory at Benares, being the most historic and interesting. Original full leather binding, gilt-decorated spine, some wear to spine but overall quite lovely and solid.

Age-toned within, else clean and neat. Contents include much from Gov. Bernard in Boston; Saratoga; Battle of Red Bank, Delaware River; much on Edmund Burke had his thoughts been listened to more about taxation and the colonies and their rights....

There would not have been such a war; East India Company; Lord North; An Account of Tibet; History of the Incas, Destruction of the Empire of Peru (plates); & a great deal more. Quite a scarce volume and just quite full up on the Revolutionary War.

Seems worth stating that we have been truly hunkering down for weeks now, far more careful and limited than most, steering clear of all people to steer clear of all chance of the virus. One upside to this sincere seclusion, besides more time in the Vermont woods, has been that we can state that our books are coming from a home that is safe. Be careful with yourselves please, as careful as you can. And remember, seclusion is far better with some good old books.