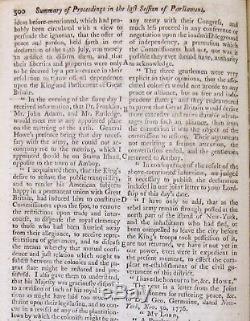 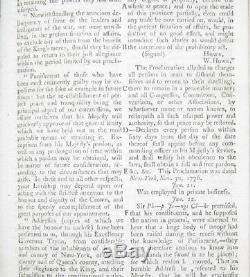 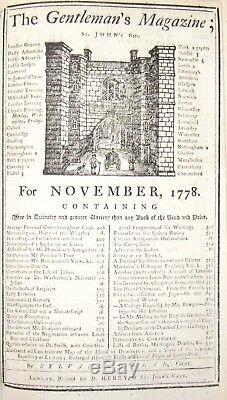 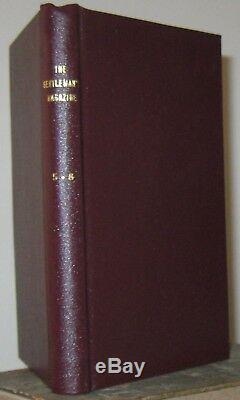 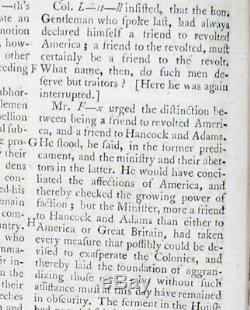 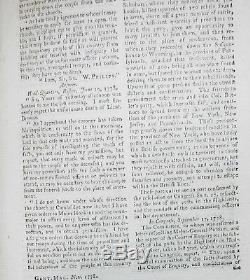 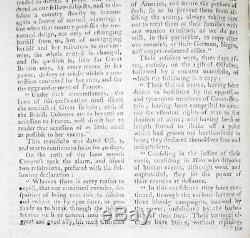 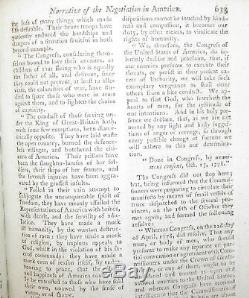 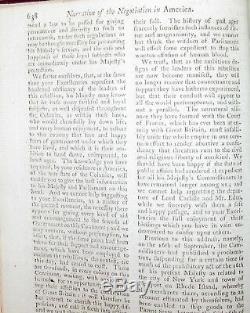 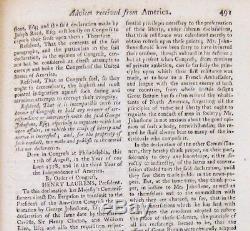 October, November, & Supplement, 1788. Fox urged the distinction between being a friend to revolted America, and a friend to Hancock and Adams... These United States, having been driven to hostilities by the oppressive and tyrannous measures of Great Britain; having been compelled to commit the essential rights of man to the decision of arms; and having been at length forced to shake off a yoke which had grown too burdensome to bear; they declared themselves free and independent...

As well as Harvard College; Swift; & much more. Pages are age-toned but clean; one leaf cut oddly at outside margin with a slight bit of text loss; One lovely fold-out engraving laid-in (detached) of the Royal Academy & Antiquarian Society in the Strand. Bound together in rather unattractive, but sturdy and strong and clean, buckram binding which will continue to protect these rare journals through the years.