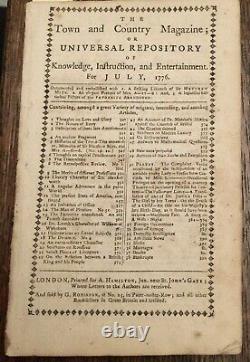 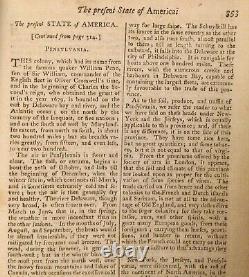 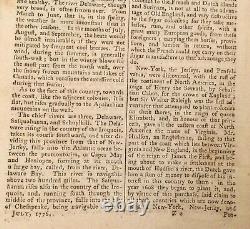 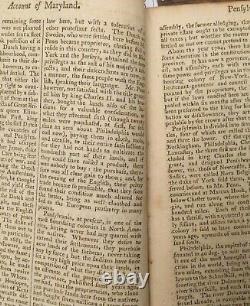 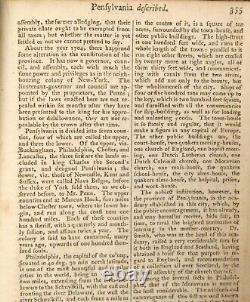 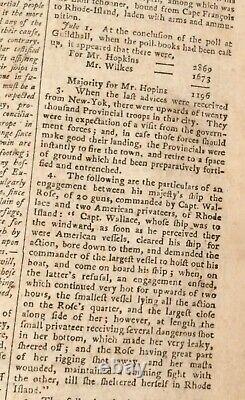 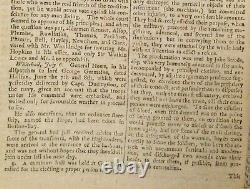 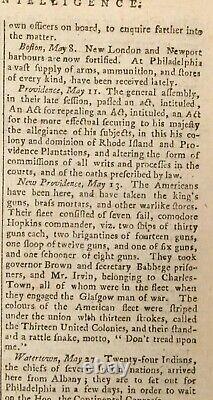 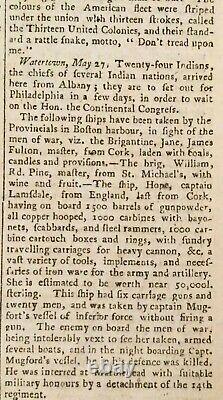 The Town and Country Magazine. 13 Colonies, Flag: Don't Tread Upon Me.

The air in Pennsylvania is sweet and clear.... The river Delaware, though very broad, is often frozen over.

General Howe, in his dispatches... Also mentions that an ordnance storeship, named the Hope, had been taken in Boston-Bay.

New London and Newport harbors are now fortified. At Philadelphia a vast supply of arms, ammunition, and stores of every kind, have been received lately. The Americans have been here, and have taken the king's guns, brass mortars, and other warlike stores... The colors of the American fleet were striped under the union, with thirteen strokes, called the Thirteen United Colonies, and their standard a rattle snake, motto, Dont tread upon me.

Also, lengthy detailed descriptions of Pennsylvania & Maryland. , thankfully the more humdrum pages, nothing to do with the Revolutionary War. Toned and worn, with some scattered light foxing. The item "1776 TOWN & COUNTRY MAGAZINE July DON'T TREAD ON ME FLAG BOSTON HARBOR Rev.

War" is in sale since Friday, December 25, 2020. This item is in the category "Books\Antiquarian & Collectible". The seller is "philenor" and is located in Jamaica, Vermont.