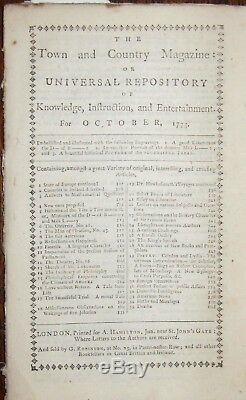 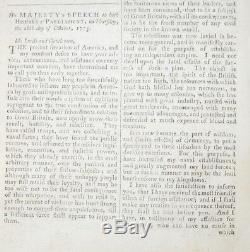 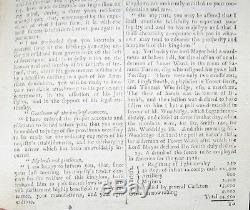 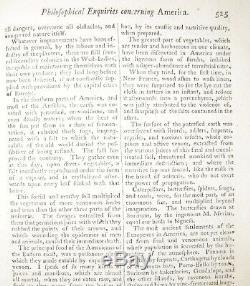 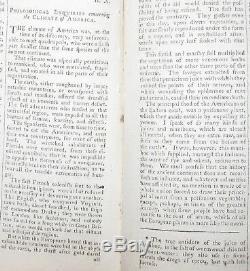 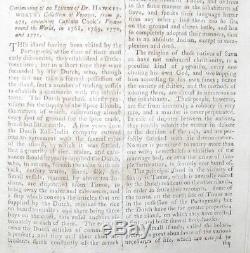 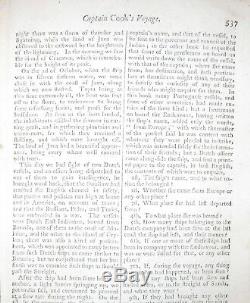 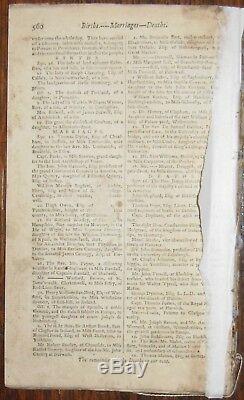 His Majesty's Speech to both Houses of Parliament... The present situation in America....

Have determined me to call you this early together. Those who have long too successfully labored to inflame my people in America by gross misrepresentations, and to infuse into their minds a system of opinions repugnant to the true constitution of the colonies, and to their subordinate relation to Great Britain, now openly avow their revolt, hostility, and rebellion. They have raised troops , and are collecting a naval force; they have seized the public revenue, and assumed to themselves legislative, executive, and judicial powers, which they already exercise, in the most arbitrary manner, over the persons and properties of their fellow-subjects: and although many of these unhappy people may still retain their loyalty, and may be too wise not to see the fatal consequence of this usurpation, and wish to resist it, yet the torrent of violence has been strong enough to compel their acquiescence, till a sufficient force shall appear to support them...

When the unhappy and deluded multitude, against whom this force will be directed, shall become sensible of their error, I shall be ready to receive the misled with tenderness and mercy. Original 1775 publication with much dramatic news, from America where the Revolutionary War is in full swing (but the King believes all will soon be under control and the naive colonists will come to their senses) as well as much news from Captain Cook's voyage (discoveries, language of native peoples), and more. Contents include John Hancock, Continental Congress, Provincial Congress, Boston, Long Island, Troops. Carleton, Cornwallis, Philadelphia, Major Skeen, American History - Native Americans, Indian Tribes, Miss Betty Washington, Ben Johnson, Sir Francis Bacon, &c. Mostly clean and neat but some pages are heavily foxed and rear page is rubbed and has the remnants of some white paper, possibly a wrapper of some kind, see photo please.