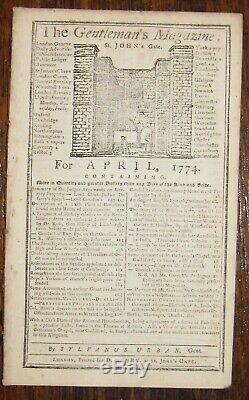 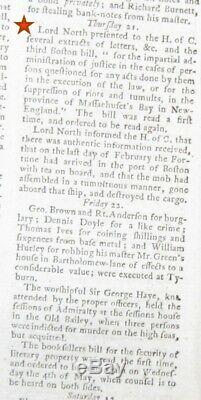 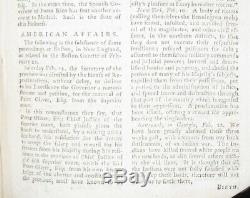 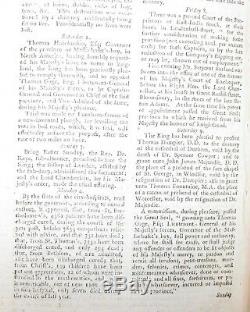 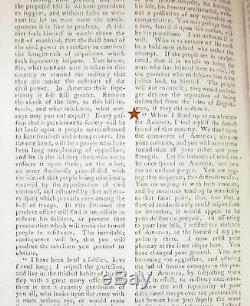 A body of rioters (calling themselves the Bennington mob) have seized, insulted, and terrified several of the magistrates, and other civil officers, in the northern districts, so that they dare not execute their respective functions; rescued prisoners for debt; assumed to themselves military commands and judicial powers; burned and demolished houses and property, and abused the persons of many of his Majesty's subjects, expelled them from their possessions... And spread terror and destruction through their part of the country which is exposed to their oppression.

Barre on bringing offenders from America to be tried in England; Ruins of Herculaneum; &c. Bit toned and worn, mostly quite clean and neat, with two engravings as called for. The item "1774 GENTLEMAN'S MAGAZINE April 2nd BOSTON TEA PARTY GREEN MOUNTAIN BOYS NY NH" is in sale since Saturday, February 23, 2019. This item is in the category "Books\Antiquarian & Collectible".