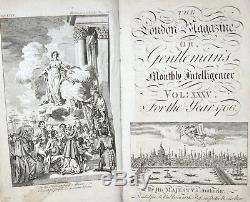 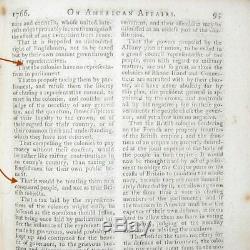 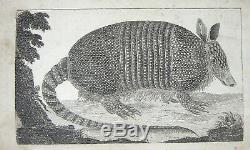 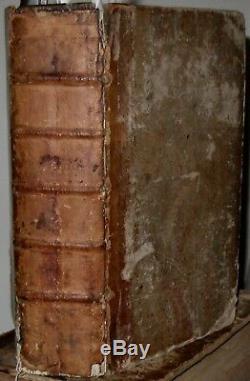 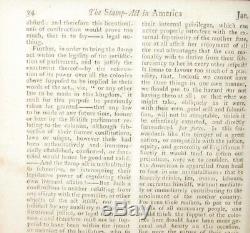 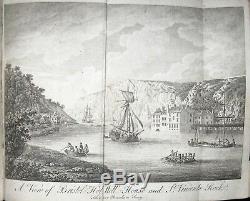 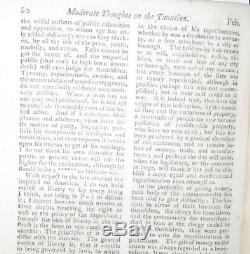 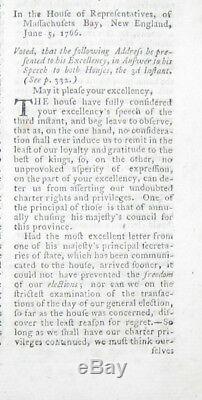 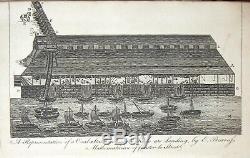 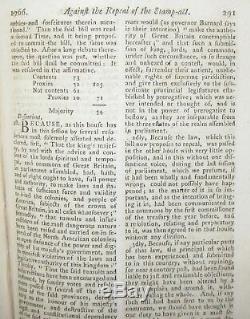 That the colonies have no representation in parliament. That it would be treating them as a conquered people, and not as true British subjects. Original 1766 volume, replete with information regarding the Stamp Act. The act is written about at length, its repeal as well. It touches on freedom of elections (the right to a fair & honest election) , no taxation without representation , justice, liberty, &c. An explosion of thought and action that brought about the Revolutionary War. Also in this volume, Consequences of the excessive use of Opium, East & West Florida , Cherokees, Locusts, Fireflies of America, Obstructions to the Conversion of the Jews, East-India Company, New method of Inoculation, Rousseau, Hume, Plants in Japan & America, & some lovely detailed engravings - American Armadillo, A View of Bristol Hot Well House and St. Vincents Rock, the Argus or Luen, a Pheasent from China, a Coal-Staith when the Keels are Loading, Map of the Kingdom of Poland, &c.

Pages are toned, some foxing, binding is quite worn and rubbed but holding. The engravings are terrific including the frontispiece which shows the king holding a banner reading Embargo and at bottom it states: In this Plate are briefly Shewn/ A grateful People & a gracious Crown. The item "1766 LONDON MAGAZINE STAMP ACT REVOLUTIONARY WAR TAXATION WITHOUT REPRESENTATION" is in sale since Thursday, July 26, 2018. This item is in the category "Books\Antiquarian & Collectible". The seller is "philenor" and is located in Jamaica, Vermont.