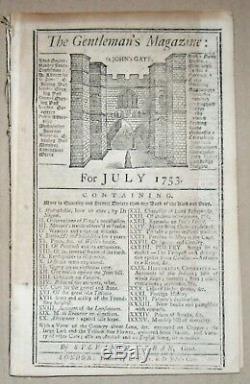 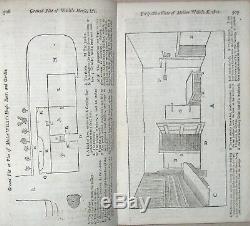 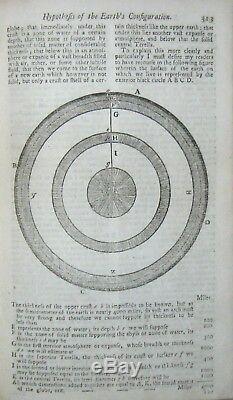 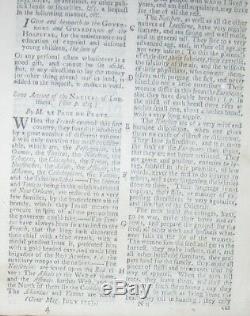 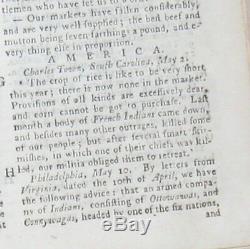 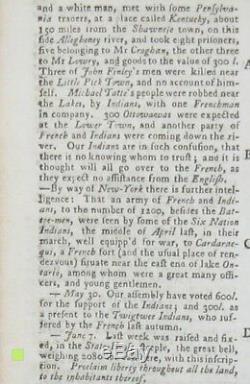 By way of New York there is further intelligence: That an army of French and Indians, were seen by some of the Six Nation Indians, the middle of last April last in march, well equipped for war, to Cardaracqui, a French fort (and the usual place of rendezvous) situate near the east end of lake Ontario, among whom were a great many officers, and young gentlemen.. Last week was raised and fixed, in the State-House steeple, the great bell, weighing 2080 lb.

Cast here, with this inscription. Proclaim liberty throughout the land, to the inhabitants thereof.

The item "1753 GENTLEMAN'S MAGAZINE FRENCH & INDIAN WAR LIBERTY BELL RAISED PHILADELPHIA" is in sale since Saturday, March 10, 2018. This item is in the category "Books\Antiquarian & Collectible". The seller is "philenor" and is located in Jamaica, Vermont. This item can be shipped worldwide.